Affective disorders are frequently encountered among elderly populations, and the use of information and communication technologies (ICT) could provide an added value for their recognition and assessment in addition to current clinical methods.

Rel@x project aims at reducing the level of anxiety and to improve positive emotions in patients coming for the first time in consultation at Memory Center.

Included. During the experimentation, patients were immersed in a realistic universe then in a fantasy world on an island and we measured their emotional reactivity and regulation with mobile EEG and skin conductance devices. Questionnaires on perceived emotions (PANAS) and emotion regulation ability (ERQ) as well as cognitive testing are completed before and after the immersion. 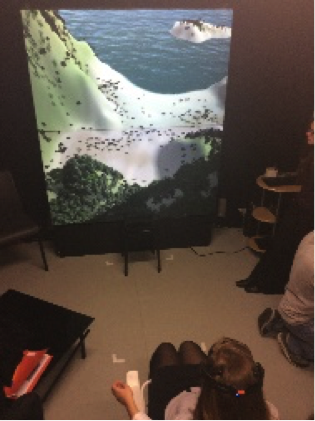