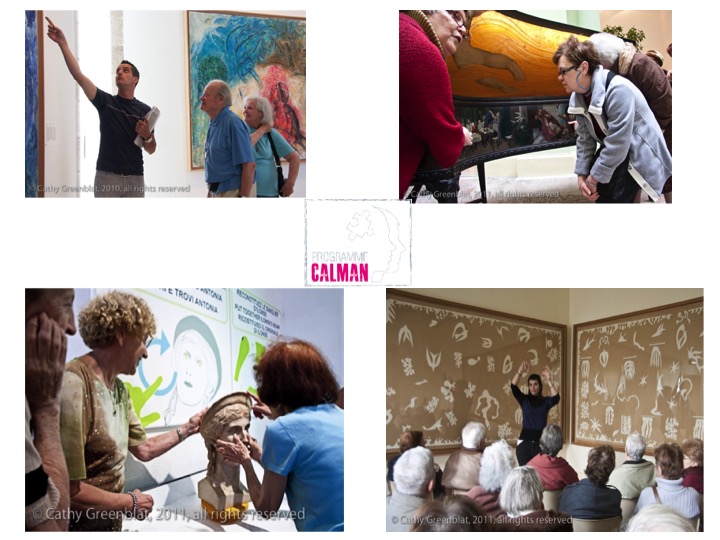 Despite widespread media coverage, Alzheimer’s scary and fear is a source of social exclusion for the patient. Exclusion is favored by disease symptoms leading to disorientation affecting movements and psycho-behavioral disorders such as apathy, anxiety, depression. These deficits result in a progressive restriction of activities.

It is important to fight against this emotional and social isolation
As part of a policy of openness to cultural sites of the city of Nice in disability, City of Nice and the Innovation Alzheimer Association Iand Memory Resources and Research Center of Nice University Hospital since 2011 have built a series of visits to cultural sites Nice to make them accessible to disabled Alzheimer’s patients and their families. With more than 30 visits per day to 1,241 patients and 260 caregivers participated in this program.

CALMAN is living, Thank to them :

Mediators and teams of municipal museums and the Deputy Chief Executive Officer for Culture of the city of Nice, Social Welfare Department, Early Childhood , Public Health and Disability .