The CoBTeK team (Cognition Behavior Technology) of the University Côte d’Azur was created in partnership with INRIA. The main objective is to develop clinical and translational researches using ICT (Information and Communication Technologies) in order to prevent, help to diagnose and assist patients suffering from neuropsychiatric and neurodevelopmental disorders. The centre of CoBTeK is located at the Institut Claude Pompidou.

The technological platform that COBTEK share with other FRIS (Federation de recherche pour les Interventions en Santé) teams located is located at the Edmond and Lily Safra research center at the Claude Pompidou Institute in Nice. 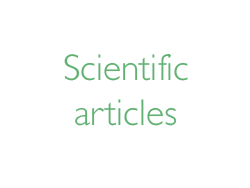 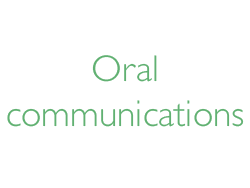 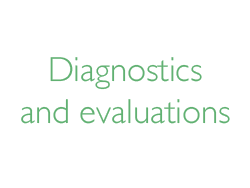 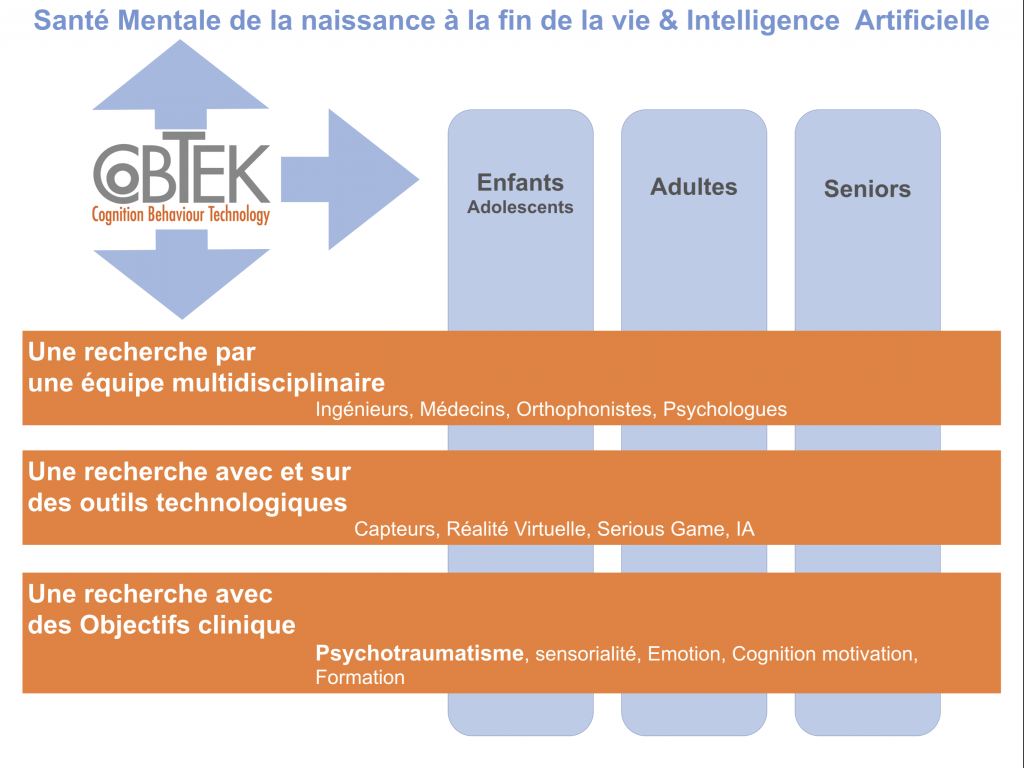 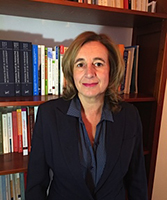 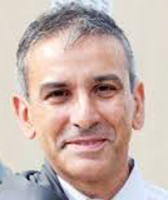 Michel Benoit is professor of Psychiatry at the Nice School of Medicine. He is in charge of the Psychiatric department of the Nice University Hospital. Michel Benoit is specialized in old age psychiatry, in the treatment of resistant depression and of post stress traumatic disorders. He joined the CoBTeK team in 2016. 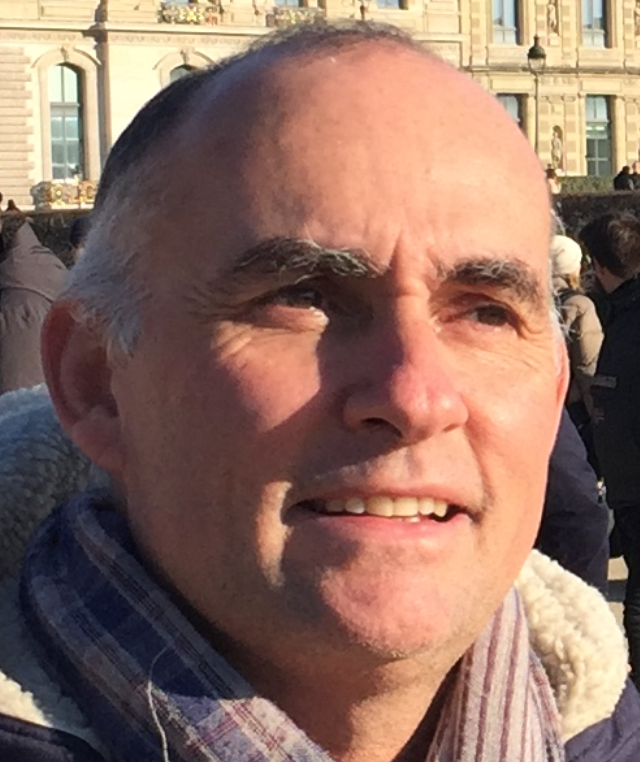 Jean Breaud, Md, PhD is pediatric surgeon in the CHU-Lenval University Hospital (Nice) and Professor in Pediatric Surgery (Université Nice Cote d’Azur- Medical School).
He is co-director of the Medical Simulation Center (Medical School – Université Nice Cote d’Azur), and developp in this field international collaborations with Sick Children Hospital simulation team (Toronto – Canada).
Surgical training using simulation pedagogic tools is his main reseach topic. After works on digitalised modelisation and development of training devices for skill training, he is focus now on the non technical skills and the patients and surgeon’ relationship, and team training process. He develop curriculums in surgical education and is interested in new pedagogic tools as 3D immersion and virtual reality, for pediatric patient treatment and surgical training for residents. 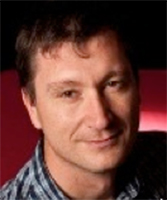 François Brémond is a Research Director at INRIA Sophia Antipolis. He created the STARS team on the 1st of January 2012. He obtained his Master degree in 1992 from ENS Lyon. He has conducted research work in video understanding since 1993 both at Sophia-Antipolis and at USC (University of Southern California), LA. In 1997 he obtained his PhD degree from INRIA in video understanding and he obtained in 2007 his HDR degree (Habilitation à Diriger des Recherches) from Nice University on Scene Understanding: perception, multi-sensor fusion, spatio-temporal reasoning and activity recognition. He is co-director of CoBTeK team. 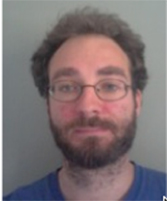 Alexandre Derreumaux is engineer in charge of all the equipment of the CoBTeK team. He is particularly involved in the AZGAME and SAFEE research projects. He is also the developer of the COBTEST web application devoted to the assessment of behavior, cognition and frailty 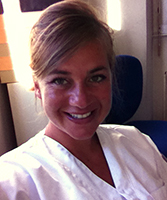 Auriane Gros is a professor associate in Neurosciences in the CoBTek team and in the speech therapy department of Nice (Medicine University) and pedagogical director of the Speech Therapy Department of Nice. In 2015, she obtained a PhD in Neurosciences (specialty medicine) and in 2017 a PhD in automatic signal and image processing. Speech-language pathologist, she has also developed expertise in the diagnosis of Primary Progressive Aphasia (Memory Clinic of Nice) and in the assessment of cognition in patients with cochlear implantation (University Institute of the Face and Neck of Nice). Her main research fields are emotions, sensoriality (olfaction, hearing), language, and the use of new technologies in diagnosis and take care. 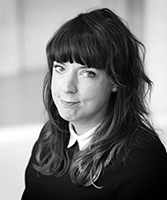 Dr. Alexandra König is a trained neuropsychologist at the Memory Clinic and Research Center at the University hospital in Nice and an associate clinical researcher at the Cobtek (Cognition, Behaviour, Technology) lab at the University Côte d’azur and the French Institute for Research in Computer Science and Automation (INRIA), Sophia Antipolis in France. She graduated with a BSc in Psychology from University of Montreal, Canada and a MSc in Neuropsychology from Maastricht University, Netherlands. In 2015, she obtained her Phd in Neuroscience from the School of Mental health and Neuroscience at Maastricht University, Netherlands, and fulfilled a post-doctoral fellowship at the Intelligent Assistive Technology and Systems Lab (IATSL) at the University of Toronto and the Computational Health Informatics Lab (CHIL) at the University of Waterloo, Canada. Her primary research domains are Neuropsychology, Geriatrics, Neurology and Psychiatry with a focus on the intersection of Ageing and Technology, namely the use of Artificial Intelligence for improved and timely neurocognitive assessments in neurodegenerative and neuropsychiatric diseases. Furthermore, she is involved in the design of non pharmacological interventions for dementia patients involving assistive technologies. She worked in various national and international research projects, coordinated for the French Memory clinic the European FP7 project ‘Dem@care’, and the EIT Digital project ‘ELEMENT’. She is co-founder of the start-up ‘ki-elements’, which develops a software for digitalized cognitive tests supplemented by automatic speech analysis. 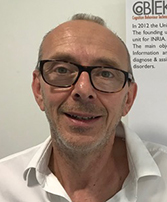 Speech-therapist – PHD (Language Sciences), lecturer in the departments of Speech-Language Pathology of Nice, Paris UMPC, Beirut; a private practitioner and hospital consultant at the hospital (Referral Center for Learning Disorders – Hospital Pediatrics -Nice). His areas of expertise include developmental disorders of language and literacy, attention deficit disorders (ADHD) and especially the development of remediation programs. 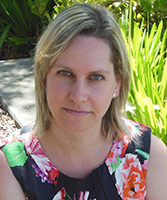 Valeria Manera is research coordinator at CoBTeK since 2013. She has a Master in Clinical Psychology and a PhD in Cognitive Science from the University of Torino (Italy). She worked as a postdoctoral fellow at the University of Leuven (Belgium) and at the Stanford Psychophysiology Laboratory (California). Her domains of expertise include biological motion perception, emotion recognition and regulation, and dementia prevention. At CoBTeK she works on the use of new technologies (serious games, virtual reality, sensors) for the assessment and non-pharmacological treatment of apathy and cognitive disorders in the elderly. She is also lecturer in basic statistics and member of the pedagogical committee of the Speech Therapist Department of Nice University. 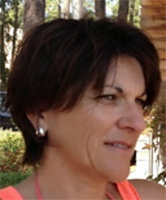 She is a PhD student in CoBTek and her work focuses on Olfaction in Cognitive disorders and Apathy.

University Professor, Clinical Psychologist, EMDR Psychotherapist. Head of the Master of Integrative Clinical Psychology and Aging at the Côte d’Azur University. Mainly involved in the management of post-traumatic stress disorders. 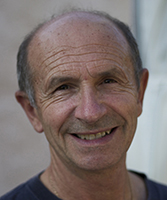 Philippe Robert is Professor of Psychiatry at the Université Côte d’Azur, Director of the Cognition, Behavior & Technology (CoBTeK-lab) team, co Director of the Resource and Research Memory Center (CMRR) of the University Hospital of Nice, and President of the association IA (Innovation Alzheimer – Affect – Autism) which specializes in training, innovative research and games. His areas of expertise include behavioral and psychological symptoms and especially motivation disorders, evaluation and treatment of apathy, and the use of new technologies for diagnosis and stimulation in neuropsychiatric pathologies. 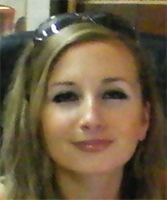 Andrea Soubelet is an Associate Professor of Psychology and a faculty research associate of COBTEK at the University of Sophia Antipolis, at Nice. She specialized in developmental psychology and cognitive psychology. She studies (1) the development of cognitive ability and personality from childhood to old age, and how social environments and intra-individual characteristics shape typical and atypical development (e.g.; memory and executive functioning, emotion regulation); (2) individual differences in coping with adversity and resilience. Dr. Soubelet’s recent research has been published in Personality and Individual Differences, Psychiatry Research, Journal of Affective Disorders, Neuropsychology, Aging, Neuropsychology and Cognition, and Assessment. 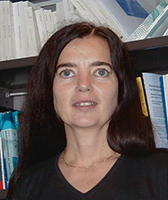 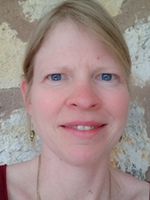 Susanne Thummler is a pediatric neurologist working in the University Department of Child and Adolescent Psychiatry (SUPEA) at Children’s Hospitals of Nice CHU-Lenval. After specialisation in pediatrics she obtained University diplomas in Pediatric Neurology and Clinical Neurophysiology. She proposes a specialised consultation for neurologic disorders with psychiatric expression, and coordinates the pediatric and neurological care within the SUPEA and the Autism Ressources Center of Nice. She validated her experience in fondamental research with a PhD thesis and a post-doctoral fellowship in neurosciences, thus working with Michel Lazdunski at IPMC (Sophia-Antipolis, France). Together with Florence Askenazy she coordinates the research group of Child and Adolescent Psychiatry within CoBTeK. 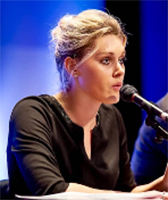 Anne-Julie VAILLANT CISZEWICZ, PhD, is a clinical psychologist who teaches over four years in the Department of Psychology at the Université Côte d’Azur. Researches focus on psycho-behavioural and mood disorders (especially anxiety disorders) and other pathologies linked to ageing, Alzheimer’s disease and related pathologies. Currently post-doctoral fellow at CoBTeK lab, she works at the  Nice University Hospital (France) and carries out two research projects (PsyDoMa and RetroMood), as part of the « Bien Vieillir » program. The objectives of the latter are to offer innovative solutions to respond to the behavioural, emotional and cognitive disorders caused by neurocognitive pathologies.

COBTeK is present on several sites: 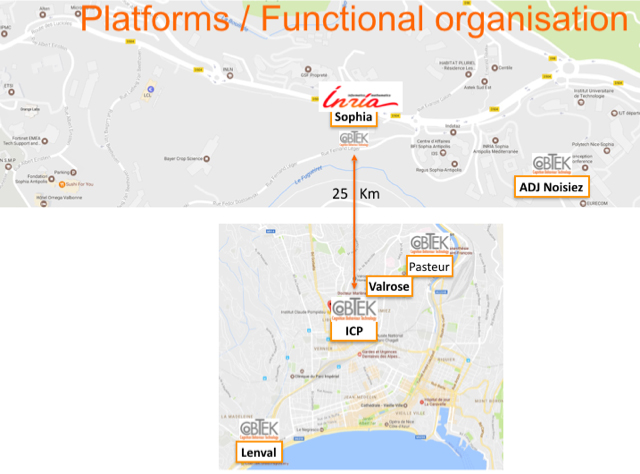 Achievements and implications of the CoBTeK lab: